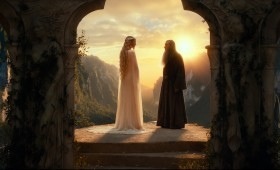 A few days ago we were taking an oceanside walk that unraveled at the end to become a crawl from one shady resting spot to another until we finally made it safely off the hot beach to our waiting taxi. Scott has requested I make up a calendar chart and every other day or so make plans so that he will have something to look forward to…kind of like hopping from one shady resting spot to the next. I plan to work that chart up this weekend.

Not having a prepared calendar on hand yet did not stop us from proceeding with the outings. We began last night at 2AM: we ventured out into the surprisingly cool night air to gaze up at the sky, hoping to glimpse some shooting stars from the Geminid meteor shower We came out again at 5AM. At least twelve stars zipped by on our short watch.That’s one of Scott’s lucky numbers.. Twelve wishes for Scott’s health to return were silently made. (Maybe more if Scott made any wishes, too).

Unsurprisingly, there were hotel guests still actively partying to throbbing trance music at both those early hours. Smoking, drinking, eating meals often at midnight or later, dancing the night away no matter your age….those are not bad habits. It’s just the Goan lifestyle.

We had our own reasons for being up this early and it involved seeing more stars at the 10:10AM showing of The Hobbit. It’s Friday and it’s opening day but my thinking was that this early the theatre would probably be nearly empty. I surmised correctly. Only a handful of seats were taken. We always bring two or three pillows for Scott’s comfort now wherever we go which reminds me of seeing films at our beloved Stonington Opera House in Maine ( only there the seats are so notorious the Opera House provides a stack of pillows for the customers). Imagine how funny we look going through the security screening at the entrance to the INOX theatre in Panjim with our pillowcased bed cushions. The smiling ticketseller recognized Scott as he has been there three times already in the past week. I winked at her and said he’s taken so don’t get any ideas. She giggled.

The movie was everything we wanted: a fantasy escape film with stunning imagery and special effects. I was impressed that the film version matched the power of Tolkein’s book especially well with the Bilbo Baggins-meets-Golem-and-steals-the-ring passage. As usual in India, the movie was stopped unceremoniously halfway for an intermission. This made for a three and a half hour experience since Peter Jackman did not cut anything out of the book. Also as usual in India, people are in the habit of keeping their cell phones switched on, answer them, and have raucous conversations while watching the movie.

In classic Scott Morgan style, when the guy two empty rows up from us answered his annoying ringtone for the second time, Scott called out Hello? Hello? Hello, is it for me?!. The guy ended his call. A few minutes later the phone rang again. JB and I continued to watch the Orks, elves, and goblins on the screen while keeping one eye on Scott as he rose up out of his seat and stood over the cell phone offender. If you don’t shut your phone off I’m going to come over there and…sit on your head! That seemed to do the trick although no mention was made of whether or not Scott would put a pillow on the guy’s head before attempting to sit on it.

When we returned home Scott said quietly, movies are good–we’ve got to go see more. That’s saying a lot since the pleasure gained is measured against the pain he endures getting there and back. Don’t worry, Scott–going to the movies will be high priority on our things-to-look-forward-to calendar. I promise.

3 thoughts on “bad hobbits are hard to break”