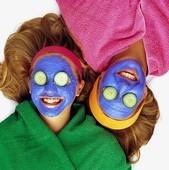 With every email from friends and family that urges me to take care of myself as well as Scott, I find myself feeling less and less able to do so. I realize it is mandatory. If I don’t pull myself together I will have nothing left to give Scott when he needs it most. So…..Yesterday was Take Care Of Katy Day. I checked myself in to a spa in Panjim. Nothing like a mani-pedi, facial, massage, and a mai-tai to repair the unraveling of my soul garments. My Prince of Goa encouraged me to spend the night away so I could get a good night’s sleep. And I did. I’m refreshed, renewed, and ready to blog again.

So here is another story of serendipity for you going to goa blog fans. Last Saturday I was sitting quietly on our porch terrace. I had contacted several nursing bureaus in search of an English-speaking male nurse. Someone capable of helping Scott get up and out of bed, back n forth to the loo, and to help me with the palliative care that he now is in serious need of. I was striking out and freaking out. A guy with a long white pony tail and a bacpack ambled over to where I was sitting. He was looking for Scott he said with a thick Scottish brogue. I asked who he was. He told me his name is David M and I discovered he was a friend of Scott’s friend Richard in San Francisco, was living in Goa, heard Scott was ill so he came to say hi and to show Scott some pics that Richard had sent for him to see.

I invited David to sit down and have some refreshment until Scott woke up from his nap. In the course of our discussion I learned something: once upon a time David was a professional nurse with end-care experience. Although David was on vacation, I hoped he might consider giving us the help we need if only for a few days. He said yes and because he did I was able to take a break yesterday.